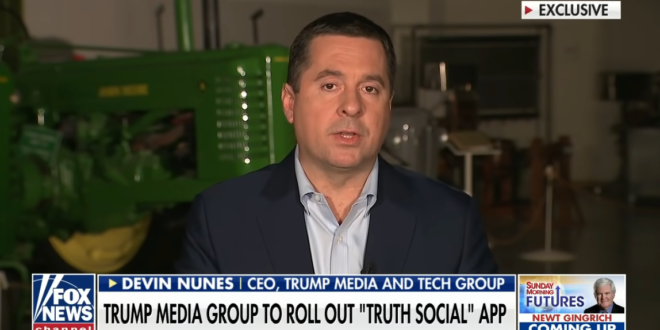 Former US President Donald Trump’s recently launched app Truth Social has reportedly banned a user for trying to make an account called @DevinNunesCow, despite Trump positioning the social network as a bulwark against censorship.

The account’s handle referred to Trump Media and Technology Group CEO and former US representative Devin Nunes. It seemed to be inspired by the parody Twitter account @DevinCow, which assumes the persona of a cow owned by the politician, a former dairy farmer.

Web developer and internet personality Matt Ortega tweeted on Tuesday that after he tried to make the account on Truth Social, he received an email from the platform saying that the account was permanently banned.