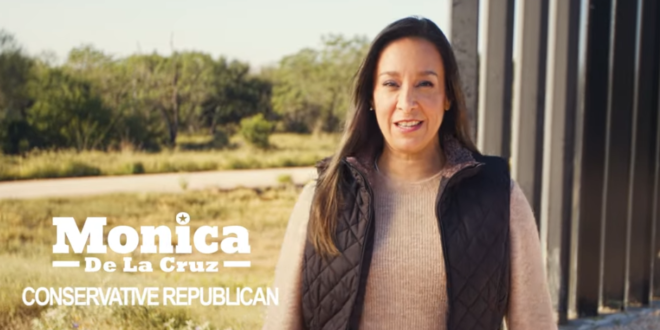 Former president Donald Trump on Thursday offered his “Complete and Total Endorsement” of Monica De La Cruz, who is regarded as the Republican front-runner for a congressional seat in Texas despite accusations by her estranged husband that she was abusive towards his daughter.

In October, De La Cruz was accused in court documents by her estranged husband, Johnny Hernandez, of “cruel and aggressive conduct” toward his 14-year-old daughter, including verbal abuse and pinching the child to stop her from crying.

Last month, a Texas judge ruled that De La Cruz must continue living away from her family home until after the March 1 primary, following a contentious court hearing with Hernandez.

Trump was reportedly upset about how the Sean Parnell situation panned out.

And yet, here he is endorsing another candidate going through an ugly family situation in court — one involving the candidate allegedly abusing a teenager.https://t.co/DnSHkO1cO3