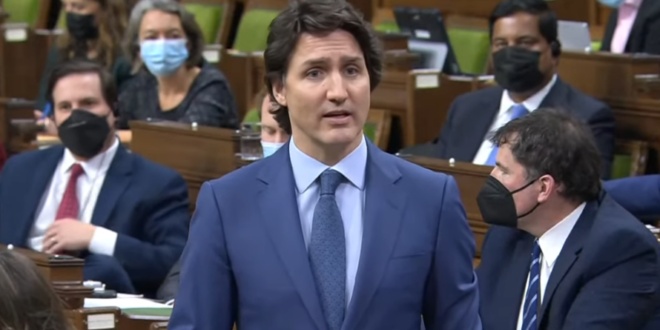 Prime Minister Justin Trudeau has told his caucus he will invoke the never-before-used Emergencies Act to give the federal government extra powers to handle the protests across the country, according to sources.

Those sources, who were not authorized to speak publicly, said the prime minister will inform the premiers of his decision later today. In a meeting with the Liberal caucus on Monday morning, Trudeau said there were no plans to deploy the military, according to the sources.

The Emergencies Act, which replaced the War Measures Act in the 1980s, defines a national emergency as a temporary “urgent and critical situation” that “seriously endangers the lives, health or safety of Canadians and is of such proportions or nature as to exceed the capacity or authority of a province to deal with it.”

Update @CBCNews: Prime Minister Justin Trudeau to invoke Emergencies Act to deal with protests across the country. Sources say the PM told the Liberal caucus today that there are no plans to deploy the military. https://t.co/iMsO8g9Hbw