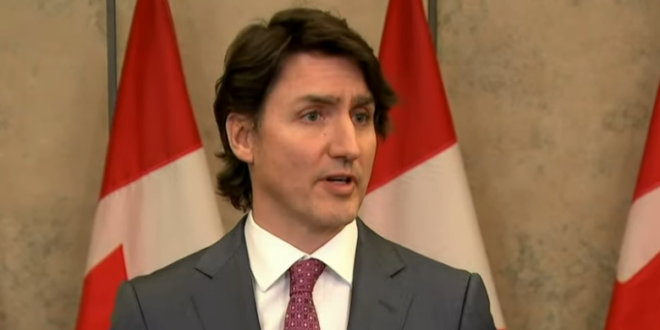 For the first time in Canadian history, the federal government is enacting the Emergencies Act to bring the ongoing trucker convoy protests and blockades to an end.

“With each illegal blockade, local law enforcement agencies have been acting to keep the peace within their jurisdiction. Despite their best efforts, it is now clear that there are serious challenges to law enforcement’s ability to effectively enforce the law,” Trudeau said Monday.

“I want to be very clear, the scope of these measures will be time-limited, geographically-targeted, as well as reasonable and proportionate to the threats they are meant to address. The Emergencies Act will be used to strengthen and support law enforcement agencies at all levels across the country.”

The Emergencies Act, passed in 1988, grants the government power to prohibit public assembly, travel, and the use of specific property. pic.twitter.com/gr3xwOWbUy