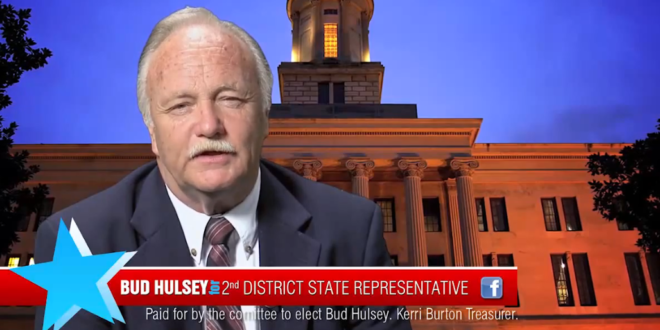 TN Bill Would Reprimand AP For Reporting On Racism

A Tennessee state legislator introduced a joint resolution to “reprimand” the Associated Press (AP) for publishing an article highlighting racism within the military’s ranks, saying the outlet “engaged in the lowest form of yellow journalism.”

The bill was proposed by Republican state Rep. Bud Hulsey, who objected to an AP story that ran back in May, entitled “Deep-rooted racism, discrimination permeate US military.”

The Tennessee resolution does not make clear precisely what a “reprimand” would entail from a legal perspective. In 2020, the legislature considered a bill that would have legally recognized CNN and The Washington Post as “fake news,” but the measure ultimately failed to see enough support.

Hulsey last appeared on JMG in October when his bill to ban vaccine mandates died in a special session. He first appeared here in 2018 when he and fellow Republicans killed a resolution that would have denounced Nazism.

New: A resolution dismissing the existence of racism in the military is just one of several frustrating starts to this year’s session for Black lawmakers, where many attempts to raise awareness about systemic racism are dismissed by their white colleagues https://t.co/8tO6xcrUxj