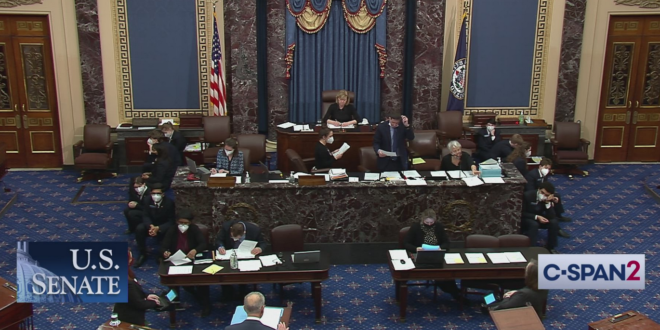 The U.S. Senate voted overwhelmingly Thursday night to show unwavering support for an independent Ukraine and “condemn” Russian military aggression toward its neighbor as fresh fears emerged of a possible invasion that could spiral toward a European war.

The resolution from the senators does not carry the force of law but puts the U.S. legislative body on record with “unwavering United States support for a secure, democratic, and independent Ukraine” and “denounces the Russian military buildup” on Ukraine’s border.

“This Congress is united in its support of Ukrainian independence and sovereignty,” said Sen. Rob Portman, R-Ohio, in introducing the measure with Democratic Sen. Jeanne Shaheen of New Hampshire and others.

Here’s the section that was added to the bottom of the Ukraine ‘sense of the Senate’ resolution to get @RandPaul to lift his objection to passing it today by voice vote: pic.twitter.com/aRu1DNjw0e