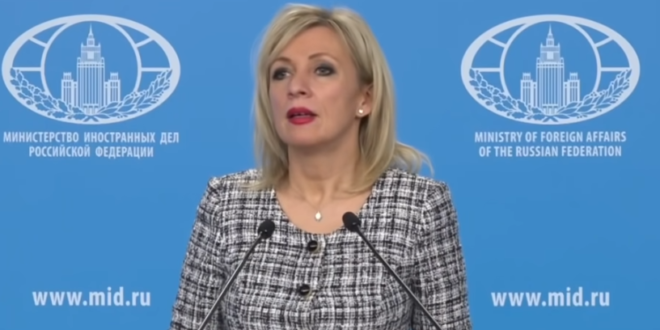 Russia’s Foreign Ministry spokeswoman has said that Moscow would have to respond if Sweden and Finland intended to join NATO. Maria Zakharova held a press conference on Friday and reflected on the ongoing conflict in Ukraine and the intentions of Russia going forward.

A clip of her speech has begun to go viral on social media as she appears to issue a threat aimed at Sweden and Finland, saying it would have “serious military-political repercussions.” The video has amassed over 300,000 views.

“Finland and Sweden should not base their security damaging the security of other countries,” Zakharova said during the press conference.

Strong unity in condemning Russia and supporting Ukraine at today’s NATO Summit with Sweden, Finland and the EU. We stand side by side with our NATO partners.