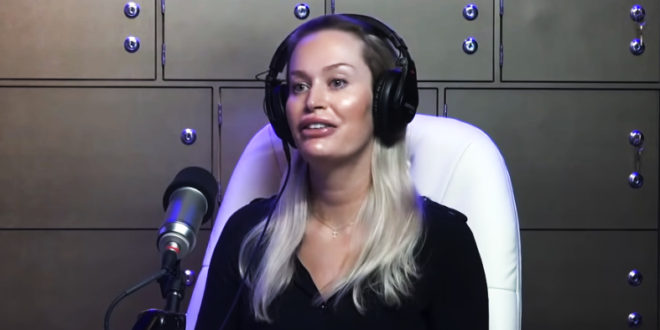 Ron DeSantis’ Spox: “The US Is No Position To Promote Democracy, I Can Never Trust The Federal Government”

“Pre 2020, I was an idealist who truly wanted to help Ukraine become a strong democracy. I spent a lot of time in Ukraine, still have friends there I worry about now. But the sad fact is the USA is in no position to ‘promote democracy’ abroad while our own country is falling apart.

“I’ve met a lot of great people on here who used to be Democrats until the elite Covidian takeover of their party pushed them away. Well I used to be a lot less political than I am now, and if anything, more of a neocon.

“Now I can never trust the federal government in any way.” – Christina Pushaw, spokesliar for Ron DeSantis.

Florida governor Ron DeSantis’ press secretary: the United States “is in no position to ‘promote democracy'” and the US government cannot be trusted “in any way” pic.twitter.com/5DLvK2F8iH

Anyone find it odd that the spox for the Gov of Florida( Pushaw) is weighing in on US foreign policy to trash Biden?

The far-right wing of the American conservative movement is breaking hard in favor of Putin and against the post-World War II order. It won’t be long before elected Republicans start to fall in behind them.