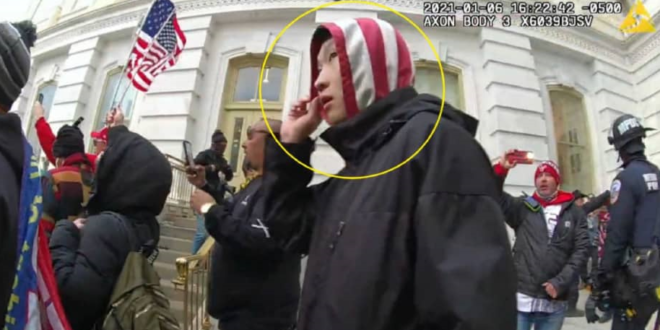 A Marine Reservist currently facing charges for storming the U.S. Capitol on Jan. 6 has been named in an indictment accusing him and a nurse of making and selling fake Covid vaccination cards.

Federal prosecutors say that Steven Rodriguez, 27, a nurse at a healthcare clinic on Long Island, and Jia Liu, 26, a member of the U.S. Marine Corps Reserve, plotted to make and distribute false cards that claimed to show a person had received the COVID-19 vaccination when they hadn’t.

Prosecutors say that between March of 2021 and February of 2022, Rodriguez and Liu managed to get at least 300 fake cards into circulation through a multi-step scheme that included destroying actual vials of the vaccine.

That allowed “unvaccinated individuals to receive the Excelsior Pass, which displays a user’s vaccination status in a digital app,” the U.S. Attorney’s Office said in a press release.