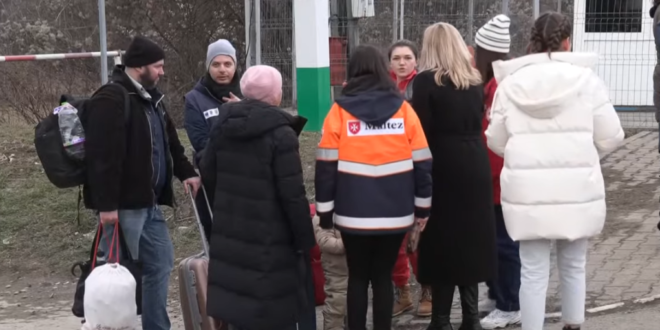 More than 150,000 refugees have fled Ukraine into neighboring countries since Russia launched its unprovoked invasion of Ukraine.

At least 100,000 refugees are displaced internally in Ukraine and “the numbers are most likely much higher,” head of global communications for the UN refugee agency Joung-ah Ghedini-Williams said.

Half of all Ukrainian refugees have crossed into Poland, and many others have gone to Hungary, Moldova and Romania, UN High Commissioner for Refugees Filippo Grandi tweeted Saturday.

Read the full article. The first video below is live.

More than 150,000 Ukrainians have left the country in these two days. Impressive: #Poland, one of the most sceptical countries towards refugees, has opened the door to Ukrainians. There is a large Ukrainian community, about 1 million Ukrainians already live in Poland. #Ukraine🇺🇦 pic.twitter.com/wI4pBM3s9W