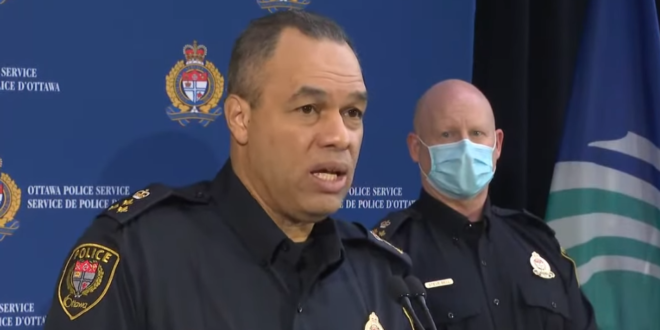 The protests have reached day 19, with demonstrators encamped on Wellington Street and the surrounding area and showing no signs of leaving.

In the midst of the crisis as the trucker convoy was refusing to budge, Sloly told people around him that he was trying to avoid bloodshed like the Jan. 6 storming of the U.S. Capitol in Washington.