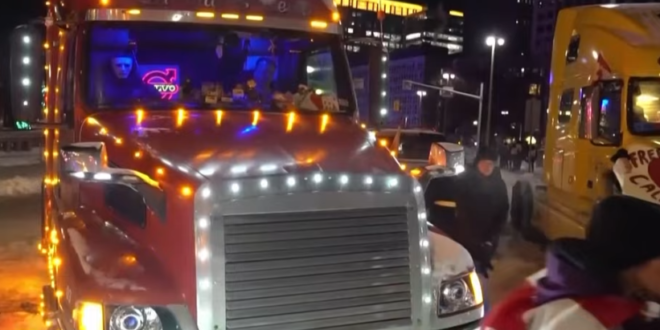 Canada’s capital declared a state of emergency on Sunday because of trucker-led protests against COVID-19 vaccine mandates and other pandemic-related restrictions.

The move by Ottawa Mayor Jim Watson “reflects the serious danger and threat to the safety and security of residents posed by the ongoing demonstrations and highlights the need for support from other jurisdictions and levels of government,” according to a statement from the city.

“It also provides greater flexibility within the municipal administration to enable the City of Ottawa to manage business continuity for essential services for its residents and enables a more flexible procurement process, which could help purchase equipment required by frontline workers and first responders,” the city said.

Watson, who complained earlier in the day that the demonstrators outnumbered police and controlled the situation, did not give details of what measures he might impose.

The “Freedom Convoy” began as a movement against a Canadian vaccine requirement for cross-border truckers but has turned into a rallying point against public health measures and Prime Minister Justin Trudeau’s government.

Amid residents’ fury at the lack of official response, Ottawa police relocated some protesters and put up fresh barricades on Sunday, saying they are “collecting financial, digital, vehicle registration … and other evidence that will be used in criminal prosecutions.”

The protests were initially set off by vaccine mandates for truckers crossing the border from the United States, but have since expanded to draw thousands of other protesters from Canada’s political right unhappy over a mixed bag of issues, including the leadership of Prime Minister Justin Trudeau.

The protests are also fanning tensions between the right to freedom of speech and protest in Canada and the imperative by law enforcement to maintain public order.

Today, February 6, Mayor Jim Watson has declared a state of emergency for the City of Ottawa due to the ongoing demonstrations.
For more information, visit: https://t.co/1ga2tHegDd pic.twitter.com/UO3hdSnQeq