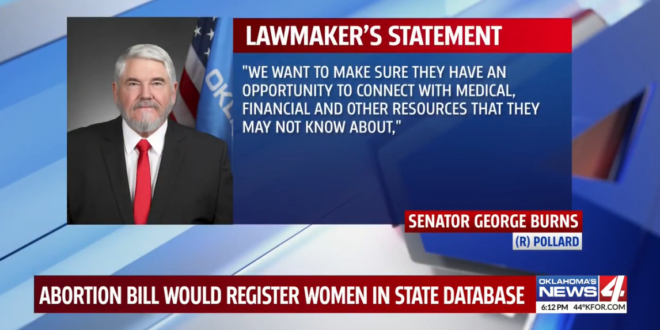 The Oklahoma Legislature started its 2022 session this week with a slew of anti-abortion bills, which isn’t uncommon. “This is my 12th year in the legislature now, and it feels like every year we go through this,” said Oklahoma House Minority Leader Emily Virgin (D). But this year’s anti-abortion bills ― 11 were pre-filed before the legislative session even began ― bring fresh menace.

The most radical of the bunch is Senate Bill 1167, filed by state Sen. George Burns (R). Titled the Every Mother Matters Act, or EMMA, it would establish a government database for pregnant people looking to get abortions in Oklahoma. Each pregnant person will call a hotline and be connected with a “pre-abortion resource” assistant, but that person is legally not allowed to refer a patient to an abortion provider.