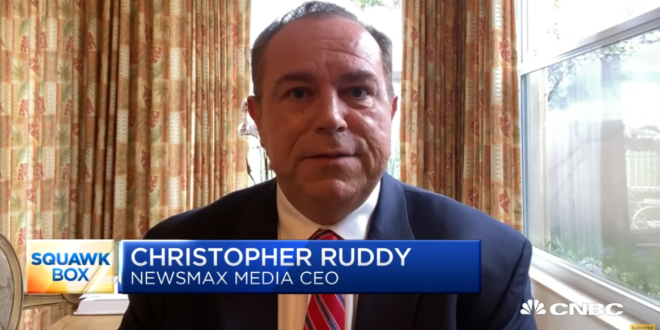 Newsmax believes Russia has made a major transgression and this should be condemned strongly by all people.

I think we are seeing for conservatives a clarity moment where Fox News’ main host is stating categorically he is siding with Putin and Russia in support of the invasion.

Newsmax supports President Biden’s efforts to stop this invasion, if anything we think he is not being strong enough.

We believe there is a bipartisan consensus in opposition to this dangerous aggression.

Newsmax released a statement blasting the rival network for its pro-Putin rhetoric—of course, ignoring the Russia-friendly commentary blaring on its own airwaves https://t.co/STeOK43oxK

Newsmax is now using the language of the left to smear & lie about Tucker Carlson. This reads like a statement from leftwing Media Matters, not a purported conservative news channel. I generally like Newsmax, but this is so dishonest. Disgraceful that they would stoop this low. https://t.co/8SGleSa4QA

I literally just appeared on @newsmax within the last hour.

Until they withdraw this slander of Tucker Carlson, I won’t do it again.

Shame on them for embracing neo-con propaganda. pic.twitter.com/wcFLZsGS4Q