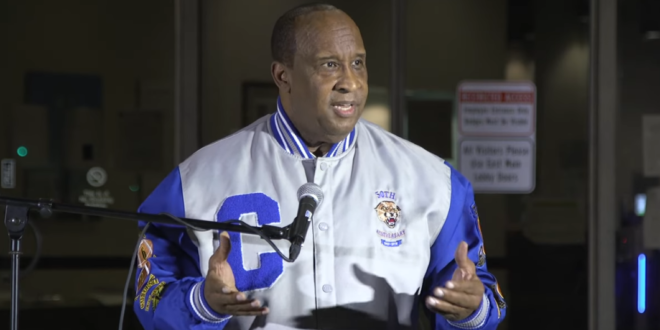 With threats of a trucker protest planned to disrupt traffic at Super Bowl LVI, Inglewood Mayor James T. Butts Jr. said they would be “towed immediately.”

Flyers have been shared across multiple social media platforms, gaining support from political figures such as Arizona Senator Wendy Rogers and former gubernatorial candidate Major Williams. The threats of a trucker convoy protest now have the city of Inglewood and security forces are on high alert, whether they are successful or not.

After whispers of a possible trucker blockade near SoFi Stadium for the Super Bowl, Inglewood Mayor Butts said, “their vehicles would be towed immediately.”https://t.co/BhRH64OB9v

Previous Anti-Vax Convoy Arrives To Blockade Buffalo Bridge
Next Cultist Rep: “Divisive” Cheney And Kinzinger Are Trying To “Save Something That Didn’t Need To Be Saved”