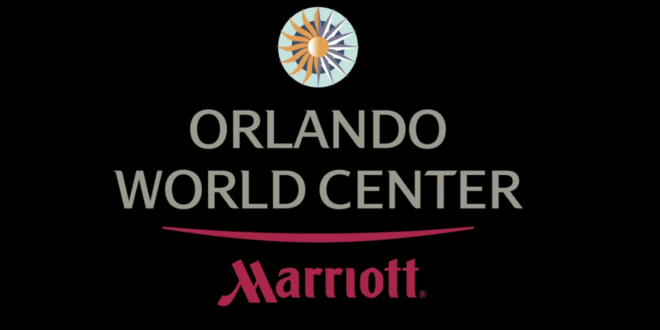 The Orlando World Center Marriott on Friday night was the scene of white nationalist Nick Fuentes’ America First Political Action Conference, or AFPAC, according to HuffPost.  Fuentes was involved in the white supremacist rally in Charlottesville in 2017 and has been subpoenaed over his role in the Jan. 6, 2021, U.S. Capitol attack.

Speakers at his event this year praised “Western white culture” and called for White House advisor Anthony Fauci to be hanged. Attendees also chanted, “Putin! Putin!” and cheered the Russian invasion of Ukraine.

Calls to the Marriott to ask about the event were cut off or immediately sent to voicemail. A request for comment from a corporate Marriott spokesperson was not immediately returned.

At the Orlando Marriott, right-wing radio host Stew Peters asks the CPAC alternative white nationalist AFPAC gathering why Dr. Fauci isn’t “hanging by the end of a noose somewhere?” The crowd responds by chanting, “Hang him up! Hang him up!”

Great to know that @Marriott isn’t just allowing real Nazis and white supremacists to hold a convention at their hotels, but are actively protecting them. https://t.co/lQ4AVBUbUc

As CPAC winds down, the America First PAC organized by the white nationalist Groyper group kicks off. Orange County Sheriffs are here guarding the walkway that leads to the event at the Orlando World Center Marriott. One journalist tells me they were threatened with trespassing. pic.twitter.com/e67R6dwNFL