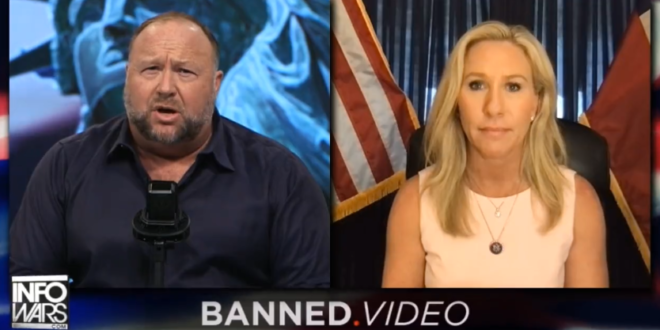 Jones And MTG Agree: Fauci Is Like Mengele [VIDEO]

“So do I think Lara Logan should’ve been de-platformed or attacked for what she said? No. Absolutely not. As a matter of fact, I tend to agree with Lara Logan, and I think most people do as well.”

Rep. Marjorie Taylor Greene tells Alex Jones that masks and vaccines don't work and that any doctor who doesn't use Ivermectin to treat COVID-19 is "guilty of murder." pic.twitter.com/mqV5NU9BkP