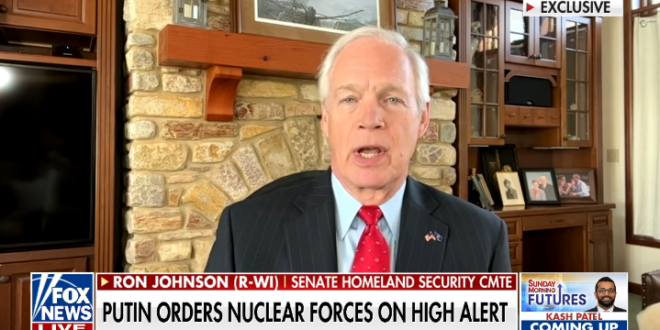 “I do not think Vladimir Putin would have moved on Ukraine if it were not for the weakness displayed certainly by the Biden administration, but also by the west in general.

“And I’m certainly hoping that Vindman, Adam Schiff, Nancy Pelosi, who used Ukraine as a pawn in their impeachment travesty, are also recognizing and reflecting they weakened Ukraine.

“They weakened the west, weakened America by the divisive politics that they play. There’s much blame to go around.” – Sen. Ron Johnson, today on Maria Bartiromo’s Fox Business show.

Sit this one out, Senator. https://t.co/TSS7UvpJoY