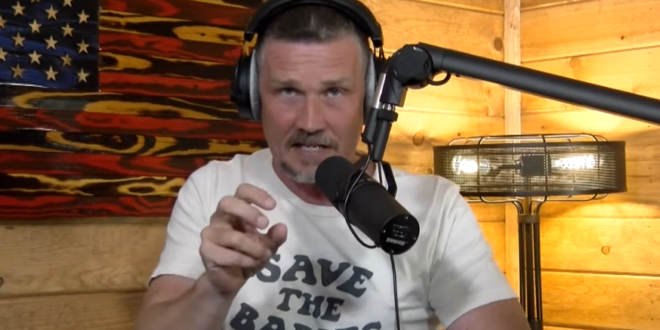 Pastor Greg Locke, who exposed the presence of suspected witches at his church in recent weeks, says he’s being threatened with death, hexes, sex toys and glitter bombs for preaching about deliverance from evil. The Tennessee pastor’s ongoing crusade to promote deliverance in American churches began generating national headlines after he said a demon told him the names of six witches in his congregation during a deliverance session at his church.

Read the full article. Locke last appeared on JMG earlier this month when he “revealed” that two of the six witches in his congregation are men.

Earlier today, Pastor Greg Locke threatened to expose the six witches who are members of his church. pic.twitter.com/NSoTqQayQk

Previous Pat Robertson: Putin Is Being “Compelled By God” To Attack Ukraine In Order To Bring About The End Times
Next Republican Leaders Condemn Greene And Gosar For Speaking At Extremist Event: “Appalling And Wrong”