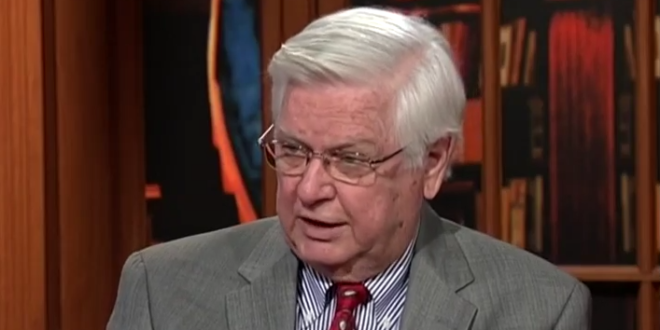 Rep. Joyce Beatty (D-OH) said on Twitter that Rep. Hal Rogers (R-KY) made a less than gentlemanly comment to her at the Capitol on Tuesday.

She tweeted about the alleged incident and even put Rogers on blast by including his Twitter handle.

Read the full article. As I reported last year, Rogers has been fined for evading the House metal detectors put in place after the Capitol riot. Rogers has served in the House for over 40 years and has voted against every LGBT rights measure. Last year he voted against certifying Biden’s win.

🧵 Today, while heading to the House floor for votes, I respectfully asked my colleague @RepHalRogers to put on a mask while boarding the train. He then poked my back, demanding I get on the train. When I asked him not to touch me, he responded, “kiss my ass.” (1/3)

This is the kind of disrespect we have been fighting for years, and indicative of the larger issue we have with GOP Members flaunting health and safety mandates designed to keep us and our staff safe. (2/3)

.@RepHalRogers, when you are ready to grow up and apologize for your behavior, you know where to find me. (3/3)