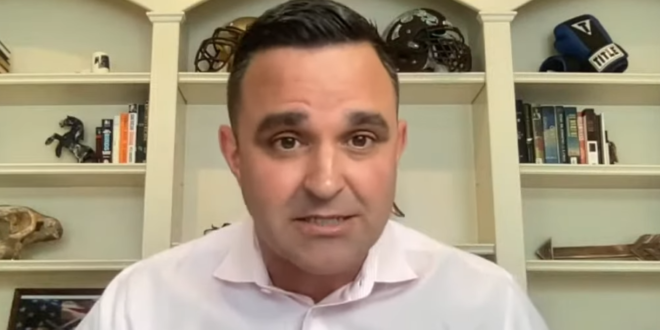 A Michigan Republican candidate for governor recently said that rape victims who become pregnant shouldn’t get abortions, according to a video of the comment that went viral Monday. Garrett Soldano made the remark on the right-wing podcast “Face the Facts with April Moss,” and a liberal news site, Heartland Signal, tweeted a video of the conversation Monday.

Soldano, a chiropractor running in a crowded Michigan race, said that he wants to promote a culture that inspires pregnant women to have their babies and lets them know “how heroic they are and how unbelievable that they are, that God put them in this moment. And they don’t know that little baby inside them may be the next president, may be the next person that changes humanity.”

Sounds like a guy only a rapist could love. Michigan GOP governor candidate says rape victims shouldn’t have abortions, baby might be ‘next president’ – NBC News https://t.co/VpYSDi91Wx

God decided they should be raped and have to carry their rapist’s baby? That’s what this candidate is going with? https://t.co/R4nfrXHrJd