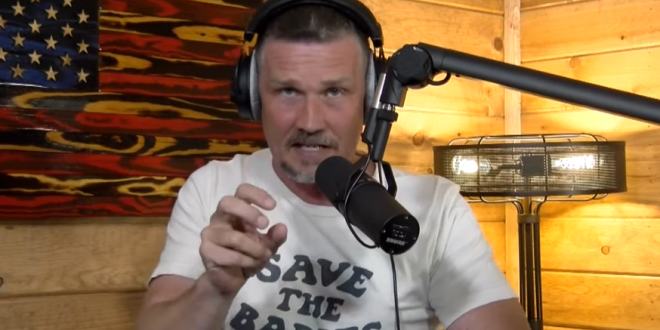 Pro-Trump conspiracy theorist Greg Locke [photo] decided to turn it up a notch by organizing an old-fashioned book burning. The books included millennial staples like Harry Potter and Twilight — hits of the early Aughts that were targeted by Christian book burnings back in the day. In a sermon preceding the bonfire, Locke described beefing with “Free Mason devils” and said “I ain’t gonna be ‘suiciding myself’ no time soon.”

Locke also said people aren’t mad that they were burning books, but mad because of the books they were burning — implying that his critics, even other pastors, were devil and witchcraft supporters. There was one counter protester in attendance. The man threw a book into the fire and claimed it was the Bible while holding up copies of Fahrenheit 451 and On the Origin of Species.

Husband and I went to a book burning in Mount Juliet Tennessee Thursday, before joining atheist and pagan counter protesters across the street playing Highway to Hell and Harry Potter on a projector. Video of us as my husband throws a Bible in and declared he was saving Darwin’s Origin of the Species and Fahrenheit 451 as he held them up to the crowd. It took him shouting “I Burned a Bible” several times before they stopped cheering and realized they’d been had – they aggressively threw us out but we had a chance to disgust them with a kiss before we left.

A church held a “witchcraft” book burning where followers were encouraged to bring Harry Potter & Twilight books to throw into the flames.