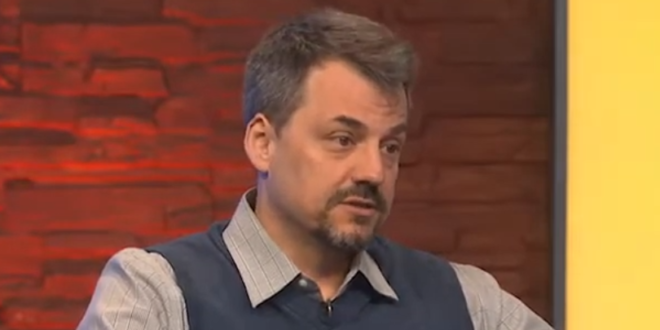 Constant is the first registered Democrat in this election to say that they will challenge Rep. Don Young, who has held Alaska’s lone House seat since 1973. He’s also the first openly gay candidate for statewide office in Alaska.

He said running for Congress has been a long-term aspirational goal, describing himself as “one of those oddballs in high school who went to leadership camp,” but he began actively thinking about it after Nick Begich III, Young’s most prominent Republican opponent, entered the race.

Constant has appeared on JMG multiple times over the years, usually in regard to the relentless attacks on local LGBT rights ordinances by Christian groups.

He last appeared on JMG in October 2021 when he was called a “cocksucker” by an anti-vax activist during a hearing on COVID restrictions.

Others in the audience applauded and high-fived the man as he left the podium. That man, a 2016 US Senate candidate, died of something three weeks later.

Spread the word! The time to #DoBetter is here. #Constant4Congresshttps://t.co/0CJabbtc2x

Pundits will gauge the energy of our movement by looking at our fundraising numbers the first few days. Can I count on you to chip in $5 to help make history? https://t.co/RnuXIZFRaU pic.twitter.com/KEZeeNO7bu

I’m going to run a campaign that unites all of Alaska. Not one that divides us. #Constant4Congress #WeCanDoBetter #Alaska https://t.co/vdhRGnSxDl