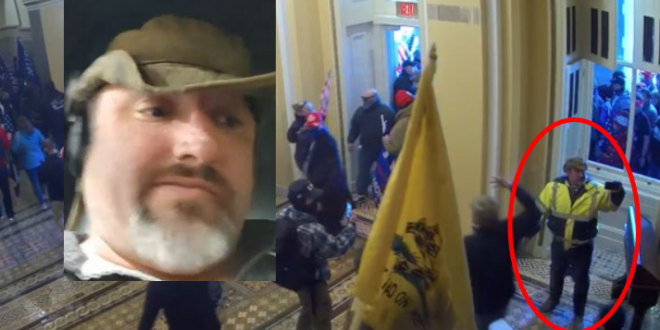 Matthew J. Webler, a contractor from Decatur, will serve up to six months in prison for his role in the Jan. 6 U.S. Capitol riot, but faces a much longer sentence for what authorities discovered when they arrested him. Webler, 43, plead edguilty to one count of violent entry and disorderly conduct on Capitol grounds, a misdemeanor charge that carries a possible penalty of six months in prison and up to $5,000 in fines.

But while his negotiated guilty plea ends his legal trouble in Washington, he faces more serious charges in Georgia. When investigators searched his home near Decatur, they discovered a hand-built, short-barreled rifle, three silencers and ammunition. Possession of an unregistered firearm and the unregistered silencers each carry a possible 10-year federal prison sentence. Prosecutors also added a charge of possession of a firearm by a convicted felon, which also carries a 10-year penalty.

Webler faces short time for his #January6th performance, but hard time for the unregistered “ghost gun” and silencers they found when they arrested him. Plus, he was a felon out on probation, so … https://t.co/J0aJpBBIe3

Previous GOP Michigan Gov Candidate: Rape Victims Shouldn’t Have Abortions Because God Sent Them Those Rapists
Next NY Gov: The Winter COVID Surge Is “Melting Away”