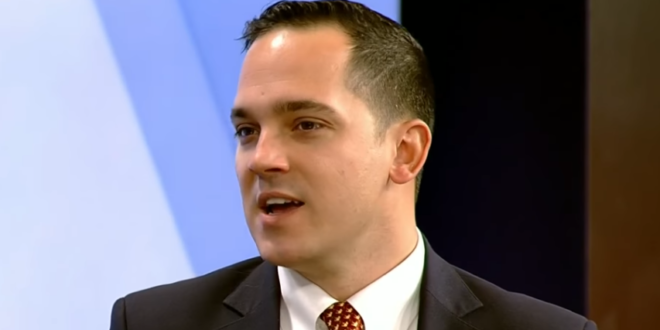 An increasing number of Republican lawmakers have publicly turned on Rep. Anthony Sabatini as he skips Session to campaign out-of-state.

The Howey-in-the-Hills Republican, who is filed for Congress in Florida’s 7th Congressional District, has missed a significant portion of the Legislative Session. And he’s the only member of the part-time Legislature to miss so much of the 60-day period when members are expected to show up for votes.

Besides earning the new nickname “Absentini” on social media, more Republicans in his own caucus have started to publicly criticize his unexcused absences.

Sabatini is the most Trumpian of state reps this side of QAnon nutbag and Arizona state Sen. Wendy Rogers, and that’s saying something.

The tweets below are from Florida Republicans. The final tweet is a reference to Sabatini’s recent exile to a basement office by state GOP leaders.

It is difficult to be successful when you never show up to work. The only records he has set are the number of missed votes and false claims against fellow Republicans. This guy is the best Democratic operative ever. #Tiniweenisabatini https://t.co/tmMJxy2JCq

Florida’s leftist newspaper—@orlandosentinel—gives praise to RINO @ChrisSprowls and his eunuch assistant, Majority Whip Cuck Clemons, for BLOCKING my Constitutional Carry bill & not letting it be voted on

It’s time to vote these people OUT!

This feels like the rooster taking credit for the sun rising. Is it the message or the messenger? If the bills you are voting for are so bad where are your amendments? After months of calling everyone weak and terrible, are you admitting we got it right in Florida?

Rep Sabatini, you are the antithesis of what our founders envisioned as a citizen statesperson. You do not work well with others, nor do your due diligence on any bills and only speak/tweak in a self serving manner. Remember our constitution starts with the word “WE” not “ME”.

The ineffective “rep” who has to claim victories through co-sponsorship requests wants to trash genuinely good human beings to be relevant to his followers. I guess session gets boring when none of your bills move.

Do we have office space available on the 23rd floor? https://t.co/DVonXzsvJK