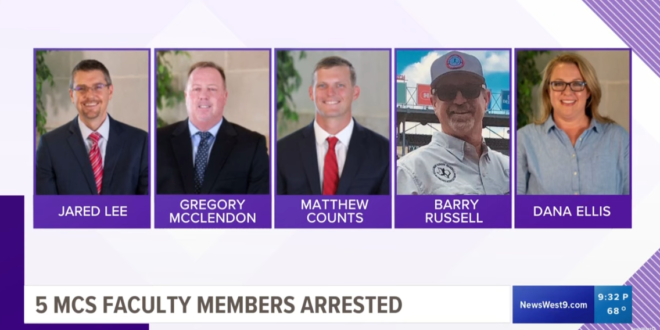 The assault reportedly took place at Christensen Stadium around January 20, 2022 during a baseball practice. The victim, whose name is not being released due to his age, was interviewed by Children’s Advocacy Center. Another student told the victim that it was “freshman initiation day” before someone began to hit the victim.

According to the affidavit, the victim then stated he was sexually assaulted using a bat. During the investigation, officers determined that the five people arrested all had knowledge of the sexual assault but did not report it as required by the Texas Family Code.

Two coaches and three administrators have been charged after Midland Police say a student was sexually assault during a baseball practice. https://t.co/5OWgxcsXMg