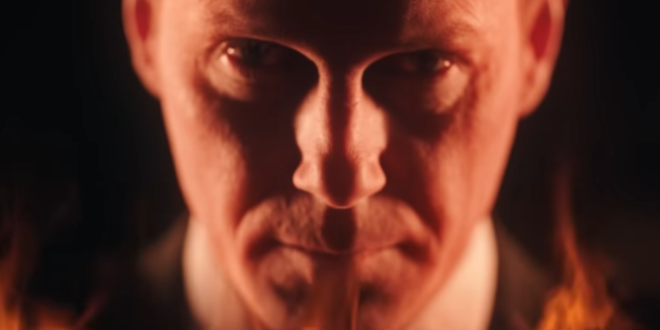 First, here’s some background on the source of this utterly brilliant music video:

Neo Magazin Royale is a German satirical late-night talk show hosted by Jan Böhmermann. Produced in Cologne, it has been aired weekly on the ZDFneo channel since 31 October 2013. The show is made up of recurring segments that are either in-studio pieces moderated by Böhmermann (which occasionally incorporate the audience) or are specially produced films.

As you’ll see, the clip digs at Thiel’s famous fascination with life extension, with reviving dinosaurs, and of course, his place as one of the country’s most prominent Trump cultists.

Last week Thiel stepped down from the board of Meta to devote his time to electing cultist candidates. Earlier this week, Thiel’s Rumble platform offered Joe Rogan $100 million to leave Spotify.
(Tipped by JMG reader Michael)

Previous QAnon Texas House Candidate: God “Appointed” Me For That Seat And He’ll Punish Those Who Vote Against Me
Next Tony Perkins: Those “Righteous” Truckers Are Showing What Happens “When Governments Push You Too Far”