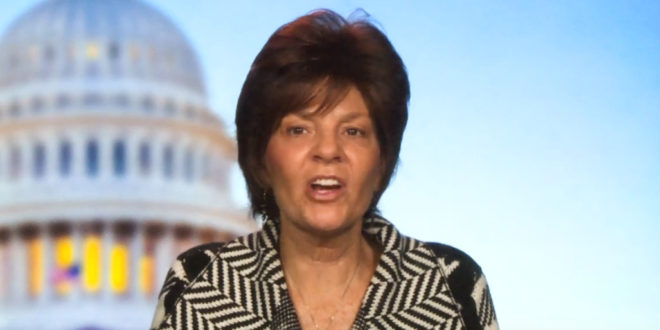 Justin Trudeau’s heavy-handed crackdown against peaceful protesters in Canada is not the action of a Western Democracy, but that of an authoritarian regime like Venezuela.

Just as we provide asylum for political prisoners, we should do the same for truckers who have been subjected to violence, had their property confiscated, and their bank accounts frozen by a government that is quickly becoming the embarrassment of the free world.

I am introducing legislation that would temporarily grant asylum to innocent Canadian protesters who are being persecuted by their own government. We cannot be silent as our neighbors to the north are treated so badly.

Herrell, unsurprisingly, is a promoter of the Big Lie and was among the 146 US House reps who voted to overturn the 2020 presidential election. As a freshman who took office in January 2021, this is her first appearance on JMG.