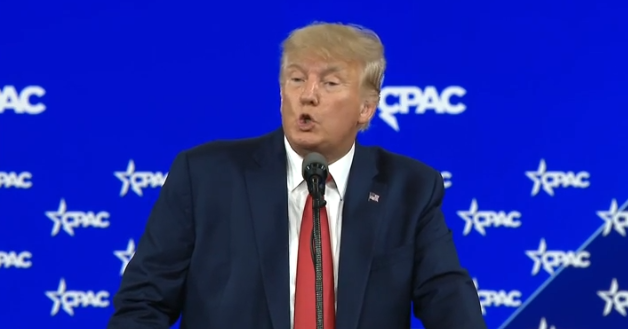 Florida Gov. Ron DeSantis, who consistently trails Trump in national GOP presidential surveys, came in second to Trump in the CPAC straw poll, earning 28 percent support, about 7 points higher than last year. The conference was held in DeSantis’ home state, where he remains popular within his party. Former Secretary of State Mike Pompeo came in a distant third, at 2 percent.

Absolutely zero surprises from the CPAC issues straw poll but it is interesting to see the primary candidate straw poll results are worse for Trump and better for DeSantis relative to how it was at CPAC Dallas, where Trump won by a landslide. pic.twitter.com/FJHCghiGN2