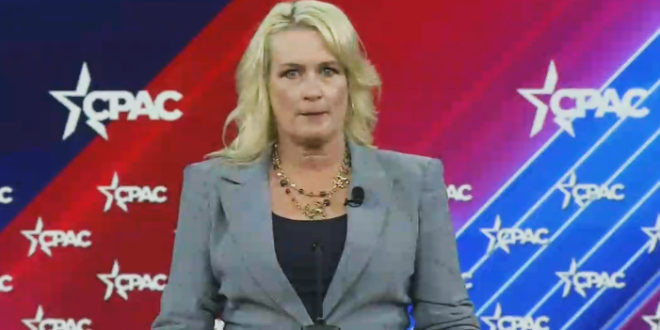 JULIE KELLY (SENIOR WRITER, AMERICAN GREATNESS): He’s using this law enforcement agency, armed agents, military style vehicles to conduct pre-dawn raids at the homes of political dissidents. Terrorizing these dissidents in front of their children, and, in some cases, their elderly spouses.

Hauling them off, concocting charges against them, fabricating evidence, and in almost 100 cases, hauling them off to prison where they have been denied bail.

And dozens of them, actually, shipped off to a special political prison in the nation’s capital, where these detainees are then kept away from their family, their defense attorneys, they can’t see the evidence against them – all the rights that those citizens have from their country’s charter are completely gone.

The media, of course, helps out the regime in smearing these people and ruining their lives. Now, who am I talking about? Not Vladimir Putin, of course. Joe Biden.

In a #CPAC segment titled “The Truth about January 6th,” Julie Kelly starts by talking about the “authoritarian world leader” who has been in the news recently. She’s referring to Joe Biden. pic.twitter.com/NftOCWGVwL