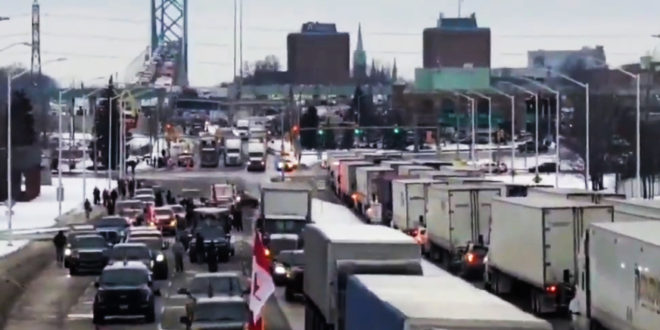 An injunction to remove protesters blocking traffic to the Ambassador Bridge International border crossing in Windsor, Ont. has been granted following an Ontario Superior Court of Justice hearing on Friday.

Windsor Mayor Drew Dilkens announced the intent to seek an injunction on Thursday. He said every day that the border crossing is closed there is a $400 million impact on the economy. Auto sector officials say production at Windsor plants as well as others in Ontario have also been impacted.

A Canadian judge said police can forcibly remove a group of protesters blocking access to a bridge between Canada and the U.S. https://t.co/5WrBcUnAoc

Court grants injunction to a Canadian city to end blockade at critical bridge connecting to the US https://t.co/KMUTx06Ia5