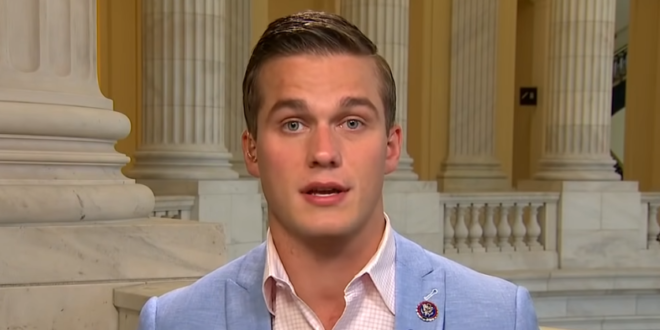 Cawthorn Sues To Block Challenge To His Candidacy

Republican congressman Madison Cawthorn on Tuesday filed a new lawsuit in federal court aimed at those who are attempting to block him from running for reelection.

The original challenge was filed last month by a group of North Carolina voters urging the state board of elections to disqualify Cawthorn because of his participation in the January 6th rally in Washington that preceded a violent riot on Capitol Hill.

If the challenge were to move forward, Cawthorn would essentially have to testify under oath about his role on January 6th, as well as his conversations with former President Donald Trump about efforts to delegitimize and/or overturn the 2020 election.

“Running for office is not only a great privilege, it is a right protected under the Constitution,” said Rep. Cawthorn. “I love this country and have never engaged in, or would ever engage in, an insurrection against the United States.

“Regardless of this fact, the Disqualification clause and North Carolina’s Challenge Statute is being used as a weapon by liberal Democrats to attempt to defeat our democracy by having state bureaucrats, rather than the People, choose who will represent North Carolina in Congress.

“I’m defending not only my rights, but the right of the People to democratically elect their representatives.”

Cawthorn’s lawyer in the lawsuit, James Bopp, has been party to multiple “voter fraud” suits and has represented hate groups in cases related to LGBT rights and same-sex marriage. Last year Bopp was the lead counsel in an anti-vaccine case brought by Dr. Demon Semen’s group. He has appeared on JMG many times since 2010.

NEW: @CawthornforNC counter sues against challenges to his candidacy; tees up potentially big legal battle over whether he’ll need to testify under oath on his role on #January6th. @ABC11_WTVD @ABCPolitics @rickklein @TerryMoran @jonkarl #abc11 #ncpol https://t.co/ajoLZqa0KG

BREAKING: Madison Cawthorn rushes to federal court to try to stop the voters’ challenge before the North Carolina State Board of Elections to his eligibility to run for re-election based on Section 3 of the 14th Amendment. What is he afraid of? @FSFP https://t.co/3uu3xQzcNR