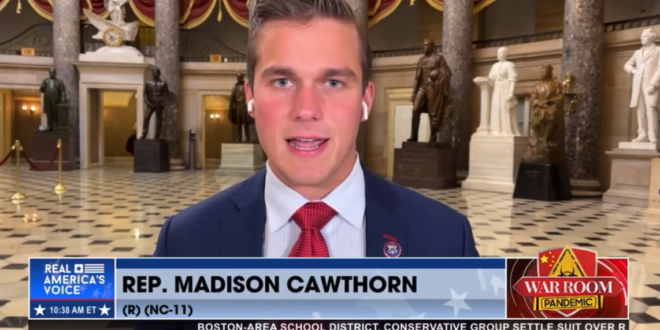 Cawthorn Loses Round In Battle To Stay On NC Ballot

In a late Monday court filing, state attorneys said a provision of the 14th Amendment — disqualifying insurrectionists from holding federal office — is not a defunct Civil War-era relic meant to apply only to former Confederates but a guard against future acts of insurrection.

But the state AG’s office, led by Democratic AG Josh Stein, disagreed with Cawthorn’s interpretation, citing comments from legislators who helped pass the 1872 law and noting that Congress itself had applied the prohibition in 1919 against a man named Victor Berger, who was barred from office for violating the Espionage Act during World War I.

BREAKING: In a massive setback for Madison Cawthorn and his fellow #January6th oath-breakers, North Carolina officials have rejected the claim that the Constitution’s insurrectionist clause no longer applies.https://t.co/75W9f2500F

Previous Anti-Vax Longtime NBA Referee: I Was Forced Out Because Of My Faith In Our Lord Jesus Christ [VIDEO]
Next Cyber Attacks Take Down Ukrainian Govt Websites, Soldiers Are Getting “Flee Or Be Killed” Text Messages