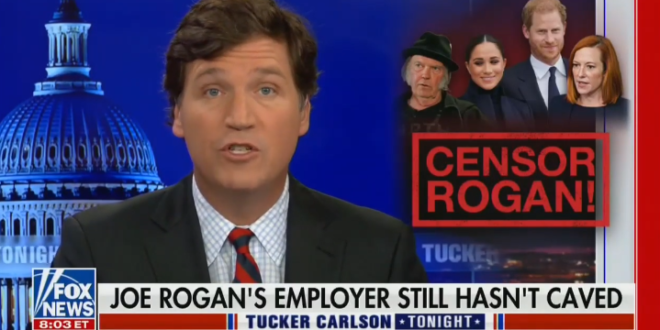 “There’s more that can be done? Hey, you little fascist, that’s a threat. That’s exactly what it is. Politicians and their spokeschicks didn’t used to talk this way.

“They were not allowed to talk this way because the First Amendment explicitly prohibits it. You’re not allowed use government power to shut down broadcasters who criticize you, period.

“And now that’s exactly what they’re trying to do.” – Tucker Carlson, after Jen Psaki praised Spotify for adding “content advisories” to podcasts about COVID.

Carlson apparently has amnesia about all the times Trump called for networks to lose their licenses for being mean to him.