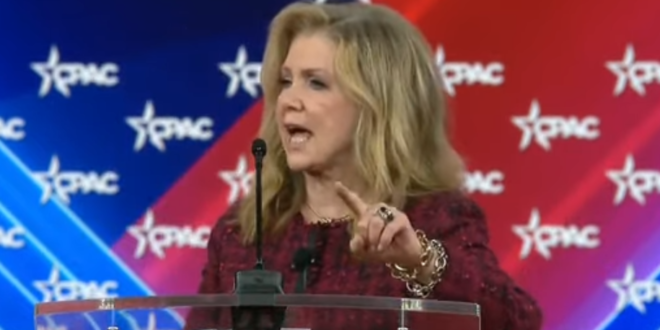 Sen. Marsha Blackburn (R-Tenn.) objected to the timing of President Joe Biden’s announcement of a Supreme Court nominee on Friday, citing the ongoing invasion of Ukraine by Russian troops.

“President Biden’s announcement just days after an unprovoked full scale invasion by Russia is extremely inappropriate,” Blackburn said in a statement. “Once again, Biden is putting the demands of the radical progressive left ahead of what is best for our nation.”

Biden on Thursday announced another, tougher round of U.S. sanctions on Russia, seeking to inflict economic pain on the country as it continues to bomb Ukrainian population centers and march on its capital of Kyiv.

It is an attempt to hide that for over three months Biden refused to levy sanctions against Russia or send military assistance to Ukraine. However, I cannot hold President Biden’s failure to lead our nation against his nominee.