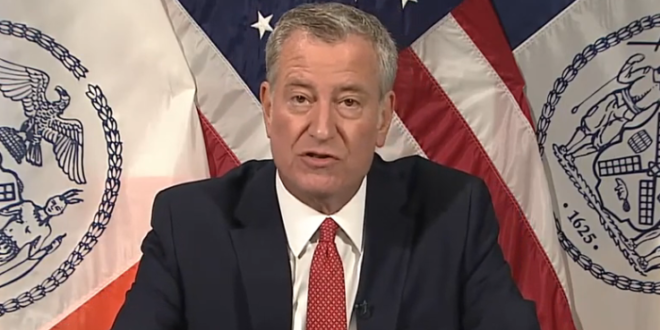 Bill De Blasio: I’m Not Going To Run For Congress

Once a swing seat that included Staten Island and parts of Brooklyn on the far side of the Verrazzano Bridge, state Democrats gerrymandered the lines to extend NY-11 into solidly blue areas like Sunset Park, Park Slope, and Gowanus.

Democrat Max Rose lost the seat after one term to Republican Nicole Malliotakis in 2020 and he has launched a campaign to reclaim it.

I’ve represented the neighborhoods of the 11th CD for years and I love the people who live here. It was gratifying to connect with community and elected leaders while I considered a run. I’m certain a progressive can win this seat and serve us in Washington.
(1/2)

Back in January, I made a decision to focus on advocating for policies that would continue to drive down income inequality in New York – one of my proudest achievements. I’m going to stick with that decision – it was the right one then and it remains so (2/2)