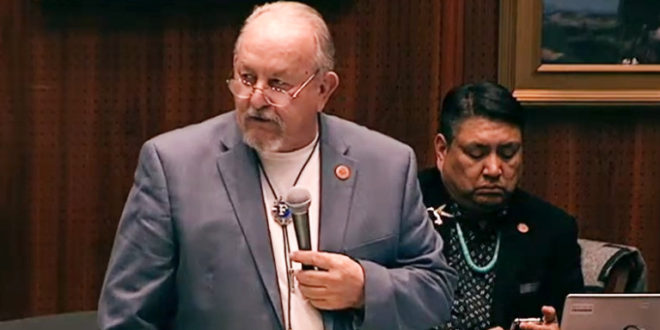 The top House Republican is unilaterally quashing legislation that would have given lawmakers the power to reject election results. Strictly speaking, Speaker Rusty Bowers is not killing House Bill 2596, that’s something he could do by simply refusing to assign it to any committee to be considered.

Instead, Bowers has taken the unprecedented step of assigning the proposal to each and every one of the 12 House committees, saying he knows full well there is no way it can secure approval of each. Most bills go to no more than two committees.

The maneuver drew an angry reaction from the bill’s sponsor, Rep. John Fillmore [photo]. He complained that “his highness’’ was abusing his powers in deep-sixing a measure that 14 other Republicans, out of 47 in the Legislature, support fully enough to sign on as co-sponsors.

Previous OAN Host: The Future Of This Country Depends On Liberals Being Killed By The Deadly COVID Vaccines
Next Mike Pence Calls Out Trump Lie In Speech To Federalist Society: “I Had No Right To Overturn Election” [VIDEO]