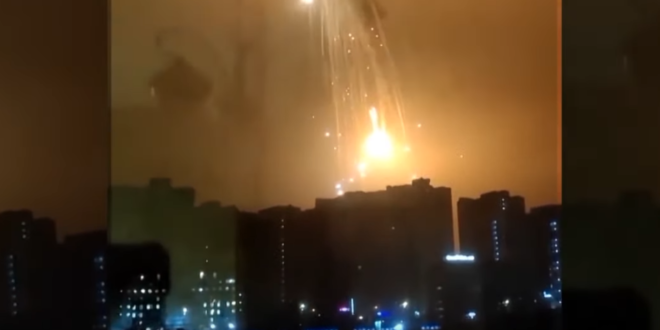 Russian troops bore down on Ukraine’s capital Friday, with gunfire and explosions resonating ever closer to the government quarter, in an invasion of a democratic country that has fueled fears of wider war in Europe and triggered worldwide efforts to make Russia stop.

Day 2 of Russia’s invasion, the largest ground war in Europe since World War II, focused on the Ukrainian capital, where Associated Press reporters heard explosions starting before dawn and gunfire was reported in several areas.

After 8 p.m., a large boom was heard near Maidan Nezalezhnosti, the square in central Kyiv that was the heart of the protests which led to the 2014 ouster of a Kremlin-friendly president.