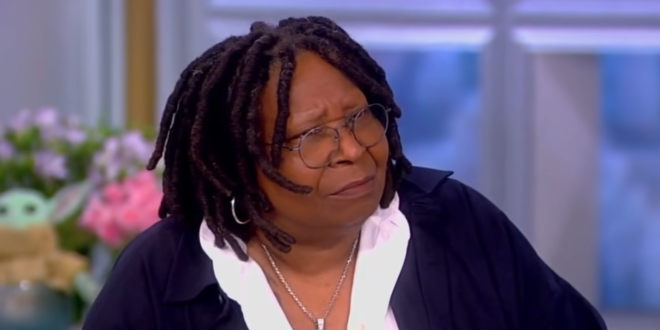 Whoopi Goldberg has been suspended from “The View” for two weeks after facing wide criticism for her remarks that the Holocaust was “not about race.” Goldberg’s suspension was announced in a statement released by ABC News public relations on Tuesday night.

“Effective immediately, I am suspending Whoopi Goldberg for two weeks for her wrong and hurtful comments,” reads a statement attributed to Kim Godwin, president at ABC News.

“While Whoopi has apologized, I’ve asked her to take time to reflect and learn about the impact of her comments. The entire ABC News organization stands in solidarity with our Jewish colleagues, friends, family and communities.”

She added, “This is white people doing it to white people, so y’all going to fight amongst yourselves.” As she continued to speak, music came on, indicating a commercial break.

In a later appearance on Stephen Colbert’s “The Late Show” on Monday, Ms. Goldberg apologized, explaining that, as a Black person, she thinks of racism as being based on skin color but that she realized not everyone sees it that way. “I get it. Folks are angry,” she said. “I accept that, and I did it to myself.”

On Monday night, Goldberg apologized in a note posted to Twitter. And on Tuesday, Goldberg opened up “The View” offering yet another apology. “Yesterday on our show, I misspoke. I tweeted about it last night but I want you to hear it from me directly,” the comedian and actor said.

“I said something that I feel a responsibility for not leaving unexamined, because my words upset so many people, which was never my intention. I understand why now, and for that I am deeply, deeply grateful because the information I got was really helpful, and it helped me understand some different things.”

“I said the Holocaust wasn’t about race and was instead about man’s inhumanity to man,” Goldberg said Tuesday on “The View.” “But it is indeed about race because Hitler and the Nazis considered Jews to be an inferior race.” She continued, “Now, words matter and mine are no exception. I regret my comments, as I said, and I stand corrected. I also stand with the Jewish people as they know and y’all know, because I’ve always done that.”

“Words matter, and mine are no exception. I regret my comments, as I said, and I stand corrected. I also stand with the Jewish people.” pic.twitter.com/ZXEXo8AGhE

“People were very angry and they said ‘no, no, we are a race,’ and I understand … I felt differently, I respect everything everyone is saying to me and I don’t want to fake apologize.” pic.twitter.com/5K0MQntk5w