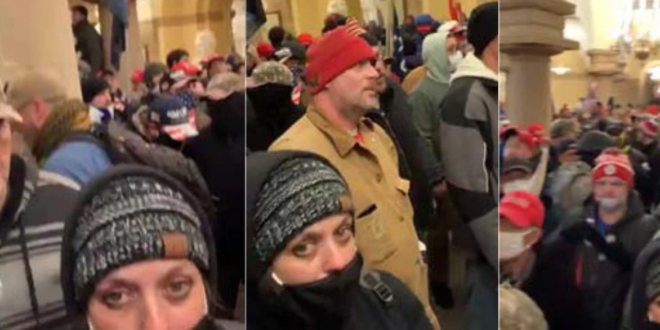 Woman Who Brought Son To Riot Gets Three Months

A North Carolina woman who brought her 14-year-old son into the U.S. Capitol during last year’s riot was sentenced Friday to three months imprisonment.

U.S. District Judge Colleen Kollar-Kotelly said she finds it “very hard to comprehend” why Virginia Marie Spencer and her husband took their child into the building during a violent insurrection. Spencer’s husband, Christopher Raphael Spencer, also was arrested. He has pleaded not guilty to riot-related charges.

“It must have been a traumatic experience to witness this kind of violence,” the judge said. “It’s a complete lack of judgment on your part.”

Just In: Judge reprimands NC mother for bringing her 14-year-old son to Jan. 6 insurrection, sentences her to 3 months in prison https://t.co/RBeVx3JzvP

Virginia Spencer, 38, showed a “complete lack of judgment,” according to a federal judge. https://t.co/n7Rm2YlIRr

Virginia Spencer’s husband, Christopher Spencer, has not pleaded guilty in the case. He faces a felony obstruction charge that she didn’t. pic.twitter.com/pFPJfBJIlR