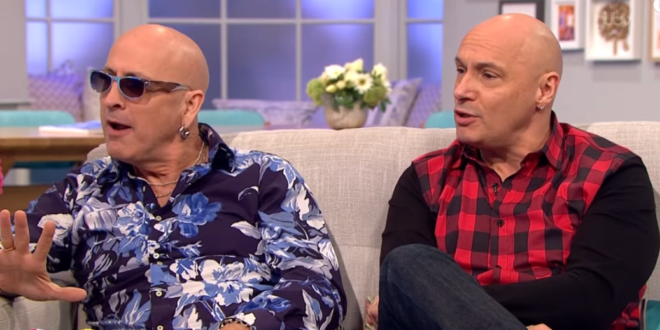 Right Said Fred have been making headlines since the start of the pandemic but it hasn’t always been for the right reason. The pop duo – consisting of Fred and Richard Fairbrass – most recently stunned fans by sharing a web video of Neo-Nazis spouting racist and anti-vax conspiracy theories.

It wasn’t the only time fans were left speechless as they previously joined anti-lockdown protests and went on anti-mask rants. Last week, Right Said Fred promoted a live stream that starred the leader of Patriotic Alternative – who are described as the UK’s biggest fascist threat.

In the video, Mark Collett – who leads PA and is a Holocaust denier who has praised Hitler – went on a two-hour rant about Covid vaccines and racist conspiracy theories. He was joined on the podcast by blogger Jason Köhne, using the name No White Guilt, and US racist Dr David Duke, a former grand wizard of the Knights of the Ku Klux Klan.

Anti-vaxxer views aren’t the only dangerous claims made on the podcast shared by Right Said Fred. Vile racist Duke also spouts an unfounded theory that paedophile Jeffrey Epstein and sex trafficker Ghislaine Maxwell were part of a “Jewish mega group” with a “zionist” agenda.

And he insists he is “proud” to have been dubbed “the most hated anti-Semite in the world”. The brothers have since deleted the post, and a spokesman told The Sun: “A video was shared on Telegram without them actually seeing the content, once they realised its content they deleted it.”

Richard Fairblass, who is openly gay or bisexual (he’s given conflicting interviews), was hospitalized with COVID last year but says that didn’t change his mind.

While Right Said Fred is known as a one-hit wonder in the US (I’m Too Sexy reached #1 in 1991), the duo has had many hits in Europe.

These days the brothers appear to make most of their money by licensing tracks for films and commercials and with appearances at gay pride festivals.

The pair also has recent songwriting credits on hits by Taylor Swift and Sofi Tucker.

Anyone else seen this? pic.twitter.com/aVIhs3MMy2

‘May you live in interesting times’ pic.twitter.com/pbuoQNxDOa