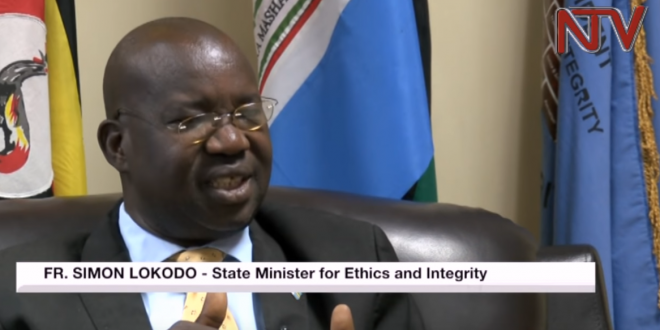 Uganda’s “Kill The Gays” Bill Author Dies Of Something

A former Ugandan ethics minister who championed a bill to introduce the death penalty for same-sex relationships and sought to regulate what women could wear died on Saturday, officials said.

Simon Lokodo — a one-time Catholic priest ex-communicated by the church, whose homophobia attracted global condemnation — died aged 64 in a hospital in Geneva. A watered-down version of the so-called “Kill the Gays” bill was quashed by a top court in 2014.

A hated figure among the gay community, Lokodo threatened to lead attacks against the police facilitating Pride parades or declining to prosecute attendees at LGBT bars.

Lokodo attempted to resurrect his “Kill The Gays” bill in 2019, prompting condemnation from the State Department.

I have received the news of Hon Fr Simon Lokodo’s death with a heavy heart. Fr Lokodo served the nation gallantly as our Ethics & Integrity Minister during which his firmness against immorality & his desire to enforce culture exceedingly stood out. I am pained! He will be missed.

It’s with great shock and pain that we‘ve learnt of the passing of our Honourable Member of the Commission, Fr. Simon Lokodo. He passed on this morning in Geneva Switzerland 🇨🇭. The Commission will share details in due course.

May the Almighty Rest His Soul in Eternal Peace. pic.twitter.com/G83VsgVxs4

Ex Ethics Minister Fr. Simon Lokodo has died in Geneva, Switzerland. He reportedly died of Covid-19. Lokodo had been in ICU since Thursday. He was on official UHRC duty.#4Update #NewsDesk pic.twitter.com/9vybwFpWXd