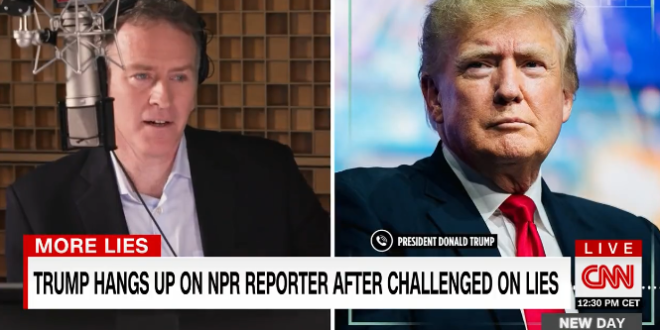 Trump Hangs Up On NPR When Pressed On 2020 Lies

After NPR’s Steve Inskeep told the ex-president that his fraud claims have repeatedly been proven false, the reporter asked Trump if he’ll refuse to endorse any Republican candidates who dispute his lies about the 2020 election. Then, Trump ended the call.

The video shows Inskeep asking Trump: “If I can just move on to ask, are you telling Republicans in 2022 that they must press your case on the past election in order to get your endorsement? Is that an absolute?”

Inskeep once again tried to ask his next question, before Trump signed off with the statement: “So Steve, thank you very much. I appreciate it.”