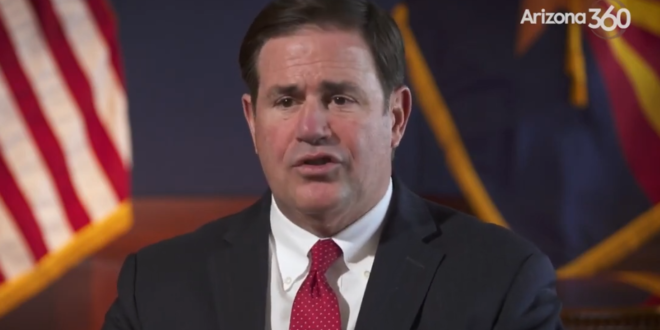 Trump wrote in a statement, “Rumors are that Doug Ducey, the weak RINO Governor from Arizona, is being pushed by Old Crow Mitch McConnell to run for the U.S. Senate. He will never have my endorsement or the support of MAGA Nation!”

The attack is the latest example of Trump’s willingness to divide the Republican Party over support for his unfounded allegations of widespread voter fraud in the 2020 presidential election – which Trump claims is why he lost to Joe Biden.

As you may recall, Ducey was filmed ignoring a call from Trump on his cell phone as he was signing the document that certified the election for Biden.

Previous YouTube Suspends Dan Bongino For COVID Lies
Next Kirk: We Should Exploit COVID To “Red-Pill” For Jesus