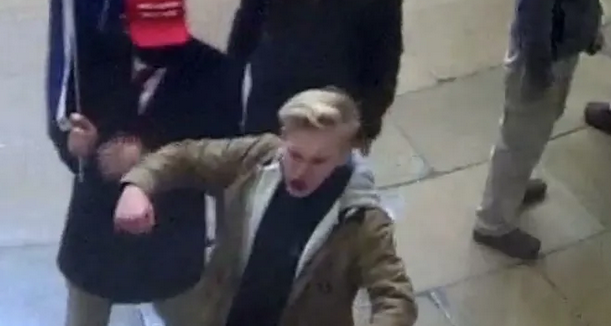 The youngest person so far to plead guilty to charges related to the Jan. 6 attack on the U.S. Capitol has been sentenced to two weeks in federal prison.

Leonard Pearso “Pearce” Ridge IV, of Feasterville, Pennsylvania, was 19 years old when he joined the mob of Donald Trump supporters who overran police and breached the Capitol in an attempt to stop the congressional count of Electoral College votes and to block certification of Joe Biden’s win in the 2020 presidential election.

Ridge texted: “We bro [sic[ down McConnells [sic] door and nacy pelosios [sic] door and raid the offices.” Ridge is now 20 years old and, according to his attorney and court documents, works for his family business, the Top of the Ridge Mobile Home Park in Bensalem.

Pennsylvania Man Who Was 19 When He Stormed the Capitol on Jan. 6 Gets 14 Days Behind Barshttps://t.co/VIdY7omTdf

Neshaminy High School grad Leonard Pearson “Pearce” Ridge IV sentenced to 14 days in jail for his role in the Capitol riot. Ridge, then 19, boasted to friends on Snapchat while on his way to DC that thought they were going to try to block the certification of Joe Biden’s victory pic.twitter.com/flKt20sxnb