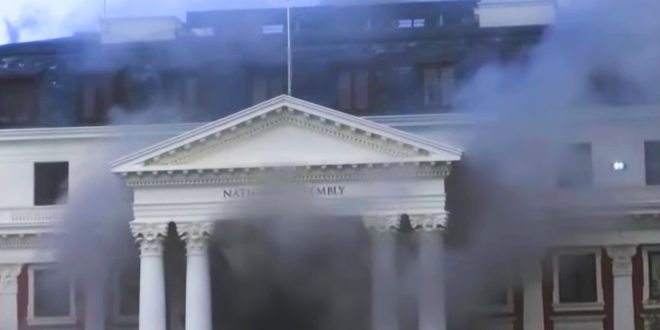 A fire at the South African parliament caused extensive damage on Sunday, collapsing the roof and gutting an entire floor in one building and a man in his 50s was arrested in connection with the blaze.

The fire broke out in the early morning and authorities said the sprinkler system appeared to have been tampered with and so did not work. By afternoon, firefighters were still trying to contain the blaze in one of the several buildings that make up the parliament complex in the legislative capital, Cape Town.

A person was arrested inside parliament, Public Works and Infrastructure Minister Patricia De Lille told reporters, adding that the case had been handed over to an elite police unit called the Hawks.