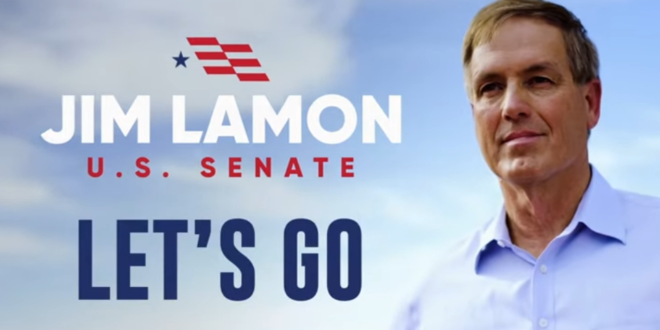 The Hill was the first outlet to view the ad, which is the first national campaign spot to invoke the slogan. “Let’s take the fight to Joe Biden and show him we the people put America first,” Lamon says in the ad. “The time is now. Let’s go, Brandon. Are you with me?”

Read the full article. Lamon first appeared on JMG in June 2021 when it was revealed that he had donated $2 million to a QAnon “voter fraud” group.