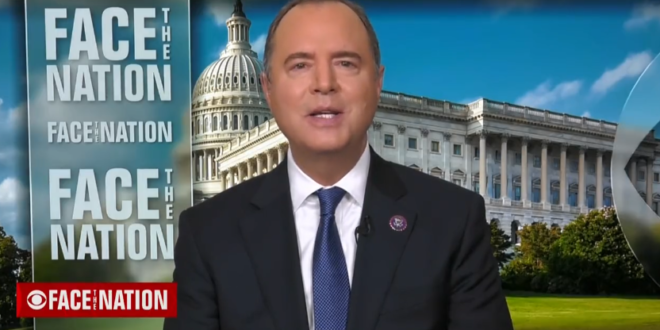 “Do you fear these diplomatic talks are just building a pre-text for Russia to say they have no choice but to invade,” asked Face The Nation host Margaret Brennan.

“I fear that Putin is very likely to invade. I still, frankly, don’t understand the full motivation for why, why now he’s doing this. but he certainly appears intent on it unless we can persuade him otherwise,” said Schiff.

“And I think nothing other than a level of sanctions that Russia has never seen will deter him, and that’s exactly what we need to do with our allies.”

.@RepAdamSchiff tells @margbrennan that more could have been done to protect the Captiol last year, but that “the cause of the violence was the promulgation of a big lie by the former president.” pic.twitter.com/hqrWZBnkio

.@RepAdamSchiff says the role the Trump White House may have played in inciting last year’s Capitol insurrection is at the “core” of the committee’s investigation. pic.twitter.com/cjNq5Zg8UN

When will the Jan 6 committee begin public hearings? Committee member @RepAdamSchiff says “in a matter of weeks, if not a couple months from now.” pic.twitter.com/OP2O54sOrj