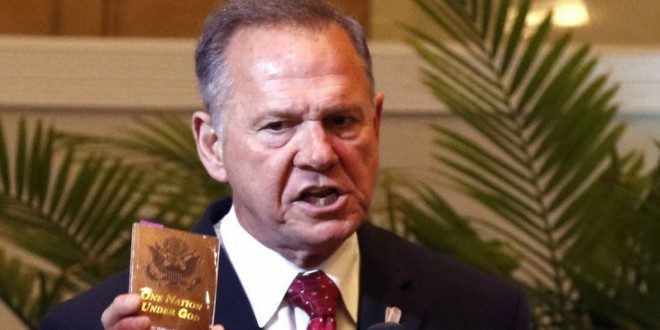 Three women who said Roy Moore asked them for dates as teens – when he was in his early 30s – testified Thursday morning in Leigh Corfman’s defamation lawsuit against the former chief justice of the Alabama Supreme Court. Two of the women said they went on multiple dates with Moore in about the same period that Corfman alleges she was sexually molested by Moore while one said her mother did not permit her to accept an invitation for a date.

Debbie Wesson Gibson said she was a “little shocked and saddened” as well as “disheartened” that Moore denied knowing her. She said they went on several dates and that she invited him to attend her high school graduation. After coming forward, Gibson said she received death threats and had to take time away from work to “go into hiding.” Wendy Brackett Miller said she worked as a Santa’s helper in the Gadsden Mall at Christmas and that Moore would speak to her occasionally while she worked.

“Leigh was a ninth-grader,” Melody Eagan, an attorney for Corfman, told the jury. “She didn’t have her driver’s permit. She had not had her first job yet. She’d never been to prom, never been on a date. Leigh’s normal day in 1979 was what a 14-year-old would normally do: go to school, get her homework done and hang out with friends.”

“(Moore) took (Corfman) back to (his) house,” Eagan said. “This time, Mr. Moore did something different: he laid down a blanket on the floor. This time he took off Leigh’s shirt and pants touched her over her bra and over her panties. He guided her hand to him. Leigh was terrified—this was not at all what she expected.”