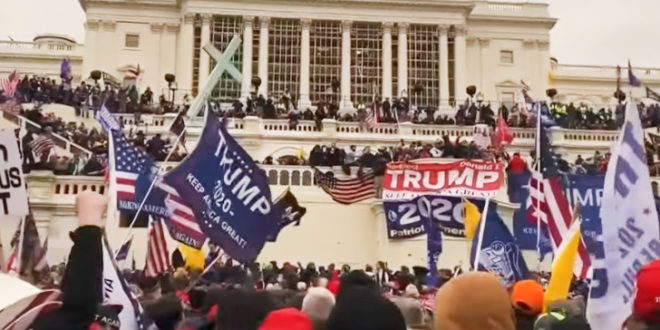 As crews cleaned the US Capitol on January 7, 2021, the phone lines in House Speaker Nancy Pelosi’s office began to ring.

Rioters were calling “asking whether there was a lost and found because they forgot their phone there, or they left their purse or what have you,” Rep. Jamie Raskin, D-Md., told Insider on Friday in a Q&A. Police officers swiftly took down information from the callers, Raskin said.

“The officers quickly got on the phone and said, yeah, just give us your name, your address, your social, you know, and we’ll tie up those loose ends,” Raskin said. “But what’s so fascinating to me about that there really were people who felt as if they had been summoned to Washington by the president.”

New from ⁦@JakeLahut⁩: Capitol rioters called Nancy Pelosi’s office looking for a ‘lost and found’ for items they left behind on January 6, according to Rep. Jamie Raskin https://t.co/lZfNcq4smA

The only thing better than this story itself is the Big Lebowski lede.

Rioters Called Pelosi’s Office About a ‘Lost and Found’ After Storming the Capitol, Says Rep. Jamie Raskin https://t.co/H2v2MSCXRq via @mediaite